Polygala is produced in Northeast, North, Northwest and Central China and Sichuan. It is a perennial herb with a stout taproot and a succulent phloem. Yuanzhi has the functions of calming the nerves, removing phlegm, and reducing swelling. It is used for insomnia, forgetfulness, palpitation, trance, unpleasant expectoration, sore, swollen poison, breast swelling and pain caused by heart and kidney failure.

1. Effects on the nervous system

(2) The role of promoting physical strength and intelligence

2. Effects on the respiratory system 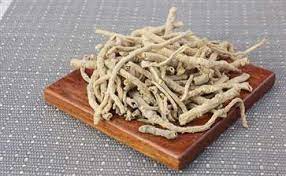 3. The effect on central blood pressure

In vitro and in vivo experiments show that Polygala has a strong excitatory effect on the uterus. The 100% injection prepared by ethanol precipitation of Yuanzhi water decoction has a strong excitatory and contractile effect on the isolated non-pregnant uterus of rats and mice. Polygala extract can make the pregnant and non-pregnant uterus of guinea pigs, rabbits, cats and dogs in vitro and in situ strongly contract and increase muscle tension. Intravenous injection of 6.6% Polygala decoction 3-6mL also has a significant stimulating effect on the eutopic uterus of pregnant dogs.

200mg/kg of the suspension prepared by cold immersion and concentration of Polygala Root in 50% methanol was orally administered to rats with edema caused by ligation of bilateral jugular veins. The rate is 100. Polygala saponins have the effect of eliminating edema and diuresis. If combined with phenylbutazone, its diuretic effect will be enhanced.

D-galactose-induced aging mice were used to observe the effects of Yuanzhi decoction on the activities of superoxide dismutase (SOD) and glutathione peroxidase (GSH-Px) in erythrocytes (RBC) of aging mice. The results showed that the water decoction of Polygala can significantly increase the activities of SOD and GSH-Px in the liver tissue of aging mice, suggesting that the decoction of Polygala has anti-aging effects on the aging mice, and the optimal medication time is 30 days.

The saponins in Polygala can inhibit the absorption of alcohol in the body to a certain extent.

The water extract of Polygala radix has preventive and therapeutic effects on 2,4,6-trinitrobenzenesulfonic acid-induced colitis in mice, and it can also prevent polymorphonuclear leukocyte infiltration in the distal colon of mice with colitis and erosive damage to the large intestine. It can significantly improve the symptoms of colonic mucosal cystic abscess and epithelial regeneration, and colonic weight gain, and can significantly reduce the contents of IFN-γ and IL-4 in small intestinal epithelial lymphocytes. At least in part due to its regulation of IFN-γ and IL-4 production.

In addition, the aqueous extract of Polygonum radix had significant effects on tumor necrosis factor-a (TNF-a) and interleukin-1 (IL-1) secreted by mouse astrocytes stimulated by P-substance and lipopolysaccharide (LPS). Inhibitory effect, which in turn produces anti-inflammatory activity on the central nervous system.

In vitro test tube hemolysis shows that Polygala has a strong hemolytic effect. Its hemolytic index is 3926 for root bark, 2585 for whole root, 43 for root wood heart, and 34031 for purified saponin. The study found that the component of hemolysis is saponin, so the content of saponin is relatively high. The hemolytic effect of the more root bark part is much stronger than that of the root wood core part.

1. People with yin deficiency and yang hyperactivity should not take it

Although it is said that this kind of Chinese herbal medicine has a certain effect of auxiliary diseases, it does not mean that everyone can take it. For example, there is a phenomenon of fire in the heart and kidney. The method to achieve the effect of assisting the disease will make our physical condition more serious.

2. People with gastric ulcer should not take it

I believe everyone knows that the traditional Chinese medicinal material of Yuanzhi will cause certain harm to gastric ulcers. If you have gastritis or gastric ulcers, it will cause serious harm, leading to the phenomenon of gastritis becoming more serious, and even possible It will cause the appearance of gastric cancer, so this group of people with gastric ulcers must use it less.

3. Long-term use can form dependence

Many people find that their sleep quality is not very good, so they choose to take Polygala to adjust the quality of sleep before going to bed. Although it has a certain effect, if it is taken for a long time, it may form a certain dependence. In addition, if you take it regularly, it will also lead to the development of intelligence, which will be affected to a certain extent, and will often appear unconscious.