Get Free Sample 
You are here: Home » Learn » NEWS » The effects of Galangal

The effects of Galangal

1. Analgesic effect of temperature: Water extract and ether extract of Galangal can significantly resist water-stress ulcer in mice and 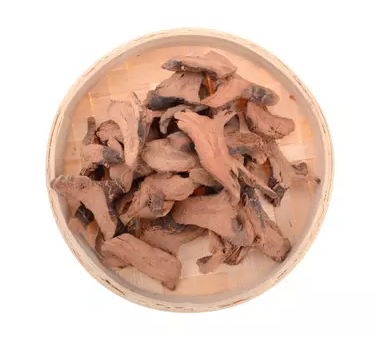 hydrochloric acid injury ulcer in rats; The water extracts showed significant inhibition on gastrointestinal tract advancement in mice. Both extracts were effective against diarrhea caused by castor oil, and the water extracts were also effective against diarrhea caused by senna leaves. Water extract had synergistic effect on elevation of transaminase. Both extracts had obvious cholagogic effects on anesthetized rats, and ether extract had stronger effect. The two extracts had obvious analgesic effect in thermal pole test and acetic acid writhing test.

2. Influence on microcirculation: Galangal is a kind of fragrant and warm pain traditional Chinese medicine, which has a rapid analgesic effect on angina pectoris, and has a delaying effect on stopping or slowing down the microartery blood flow caused by adrenaline slightly. It can delay the shrinkage time of pipe diameter. After 10 minutes of epinephrine administration, the diameter of the tube was restored (the control group continued to shrink) and the arterioles were slightly constricted.