Banlangen has no obvious effect on the prevention and treatment of influenza. Banlangen  is only effective for wind-heat type colds, and the symptoms do not match. Even if it is taken, it will not have the effect of preventing or treating influenza. 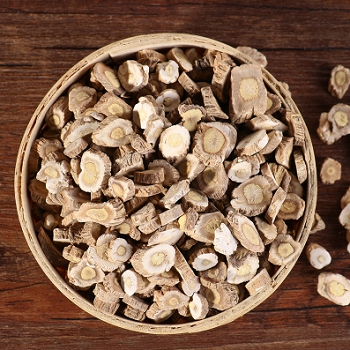 Does Banlangen really have the effect of preventing or treating influenza?

Hu Sumin, a professor at the Department of Preclinical Medicine, Beijing University of Chinese Medicine, said that the main components of Radix isatidis are indigo and isatin, which are indole alkaloids and some organic acids. According to ancient records, Radix isatidis can treat some diseases such as Tianxing Shitoxin and Tianxing fever, that is, some infectious diseases such as SARS and H1N1 influenza, etc., belong to this type of disease. Specific to H7N9 avian influenza, from the current situation, it is a case of some individuals, and it has not been found to be contagious from person to person. It is difficult to determine that Banlangen has the effect of preventing or treating it.

"From my point of view, it is not advisable to take too much Radix isatidis. From the perspective of Chinese medicine, Radix isatidis is a bitter-cold medicinal material. It hurts the stomach. It’s spring now, and it’s also the season for the yang qi to grow. If you eat too much cold food at this time, it will hinder the yang qi to grow, and it will hurt the yang to a certain extent. If you are under treatment In consideration of disease, it is not recommended for patients to consume too much," Hu Sumin said.

In addition, the citizens need to be reminded that "it is a three-point poison", and taking medicine without the need for medicine may have an impact on the body. In addition, traditional Chinese medicine emphasizes the connection with the patient’s own physique and physical condition. Some citizens blindly buy and take isatis root, regardless of personal physical condition, etc., which may not be able to prevent influenza, especially for children or their own Yang Qi Insufficient people, taking too much isatis root, after depleting the body's yang, the body's immunity and resistance will also be weakened, but it will have an adverse effect on the human body and have a counterproductive effect. Therefore, the choice of Banlangen varies from person to person. It is best not to take it blindly. There have also been reports that long-term and overdose of Radix isatidis can cause digestive system discomfort or cause hemolytic reaction. 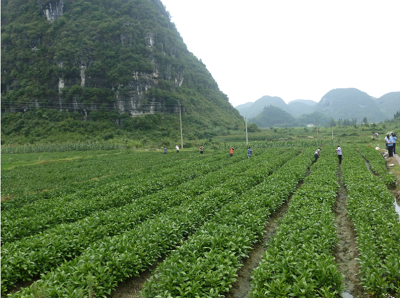 What are the effects and functions of Radix Isatidis?

The heat-clearing and detoxifying effects of Radix Isatidis is mainly reflected in the treatment of acute infectious diseases.

Endotoxin has a universal impact in the onset and development of acute infectious diseases. Many scholars have conducted in-depth studies on the anti-endotoxin effect of Isatis indigotica. It was found that Isatis indigotica can significantly reduce the serum LPO level of endotoxin DIC rabbits. Improve the vitality of its SOD, thereby antagonizing the biological effects of endotoxin.

Fever is the main symptom of febrile disease. According to research, Radix isatidis can reduce the increase in body temperature caused by typhoid fever and paratyphoid fever, and has a good antipyretic effect.

Radix Isatidis has a broad-spectrum antibacterial effect in vitro (including dysentery bacteria, Salmonella bacteria, hemolytic streptomycete), and is a traditional Chinese herbal medicine with antibacterial, anti-inflammatory, analgesic and antipyretic properties.