Get Free Sample 
You are here: Home » Learn » NEWS » What is vinegar xiangfu effect and benefits?

What is vinegar xiangfu effect and benefits?

Vinegar xiangfu, also known as xiangtou grass, turning back green, is the name of a Chinese traditional medicine, 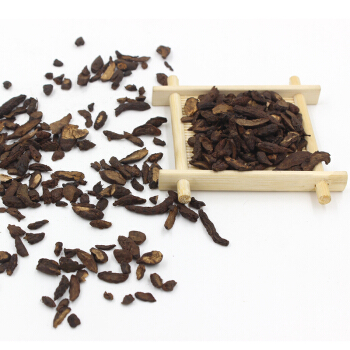 cyperaceae plant cyperus dry roots. Xiangfu, formerly known as "seacao", was first recorded in "Famous doctors Other records" and listed as a medium product. Tang Materia Medica began to be called xiangfuzi. Compendium of Materia Medica is listed in the Category of Grass, named "Cycas xiangfuzi", and says: "Saisha leaves are as hard as old leek leaves, shiny with sword ridges. In May and June, a stem with three ridges is hollow, and the stem ends are back with several leaves. Blue and white flowers are turned into ears like millet, and there are fine seeds in the roots and whiskers, which bear one or two seeds and turn to extend. "Plant name map examination" has a sweet attached broadcast map. The processing habits of cyperus officinalis used today are consistent with those recorded in ancient Chinese herbs.

The efficacy of vinegar xiangfu

5% flow extract of radix aconiti, can inhibit the contraction of isolated uterus (pregnant and not pregnant) of guinea pig, rabbit, cat, dog and so on, and relaxant effect of uterine muscle tension, similar to angelica flow extract, but weak. The oil contained in rhizome has a weak estrogenic effect.

Root tubers have antibacterial action and their extracts have inhibitory effect on some fungi.

4. Straighten out qi and relieve depression

1. Antipyretic: Alcohol extract has antipyretic effect on yeast induced fever in rats. After 39 minutes, the normal body temperature of rats could be significantly reduced. The cooling effect was stronger than that of chlorpromazine, but the action time was shorter.

3. Anti-inflammatory: When the alcohol extract was injected intraperitoneally in rats, the foot swelling caused by carrageenan and formaldehyde could be significantly inhibited. It is stronger than 5 ~ 10mg/kg hydrocortisone, and the active components are triterpenoids of cyperus officinalis.

4. Analgesia: Subcutaneous injection of alcohol extract in mice can significantly improve the pain threshold. The analgesic effect of 5ml/kg triterpenoid compound of cyperus palmatum was equivalent to that of 30mg/kg acetylsalicylic acid.