Get Free Sample 
You are here: Home » Learn » NEWS » The main value of ginseng

The main value of ginseng

Treatment of neurasthenia and psychosis: Ginseng can regulate the central nervous system and can treat neurasthenia. For patients with excitatory neurasthenia, it is often combined with Polygala japonica and Suanzaoren; for depressed patients, it is often combined with Scutellaria baicalensis and keel; for patients with autonomic dysfunction and spontaneous perspiration, it is combined with Schisandra chinensis, Paeonia lactiflora and Fumei. After taking ginseng, patients can reduce or eliminate symptoms such as headache, palpitations, insomnia, forgetfulness, general weakness, and gain weight. Ginseng is also effective for asthenic and depressive psychosis, schizophrenia, psychosis caused by poisoning or infectious diseases, and degenerative psychosis. Ginseng can also improve people's memory, improve work efficiency, enhance physical endurance and the accuracy of motor organs. 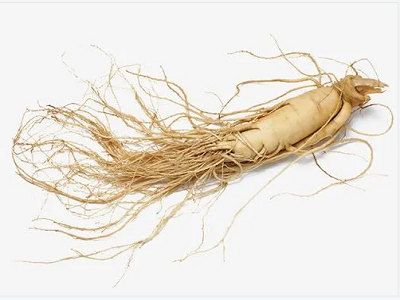 Treatment of cardiovascular system diseases: Ginseng can improve the contraction ability and frequency of the heart, stimulate the heart, accelerate blood flow, and promote metabolism in the body, thereby adjusting the nutritional status of the body, slowing down physical strength, and enhancing resistance. Ginsenosides can activate phospholipase and promote the biosynthesis of phospholipids, thereby preventing coronary and cardiac aortic atherosclerosis. Ginseng has a certain effect on various heart diseases (coronary heart disease, angina pectoris, myocardial dystrophy, etc.) and anemia.

Treatment of diabetes: Ginseng can stimulate the secretion function of the endocrine system, enhance the function of the pituitary adrenal cortex system, and has the effect of lowering blood sugar. Taking ginseng can reduce urine sugar in patients with mild diabetes, improve the systemic symptoms of patients with moderate diabetes, and make symptoms such as thirst, sweating, and weakness disappear or lessen. Taking ginseng can also reduce the amount of insulin.

Treatment of digestive system diseases such as stomach and liver: Ginseng can promote the secretion of digestive juice, increase the total acidity of gastric juice, improve the symptoms of spleen and stomach weakness such as upper abdomen fullness, diarrhea, vomiting, etc., so that stomach pain disappears, appetite increases, and stool is normal. Such as people participating in the Four Gentlemen Decoction made from other traditional Chinese medicines. Ginseng can also promote the synthesis of proteins and nucleic acids in the liver, which can prevent acute hepatitis from turning into chronic hepatitis.

Enhance the hematopoietic function of the bone: Ginseng can promote the metabolism of ribonucleic acid (RNA), deoxyribonucleic acid (DNA), protein, cholesterol, fat and sugar, promote the mitosis of bone marrow cells, and make red blood cells, white blood cells and bone marrow in the blood. The number of nuclear cells increases, thereby enhancing the hematopoietic function of the bone marrow. Ginseng can prevent radiation damage to the bone marrow.

Surgery: The juice, leaves and powder of ginseng can promote the rapid healing of wounds and ulcers. Ginseng paste has anti-inflammatory and swelling effects.

Others: Ginseng can also improve people's eyesight and the ability to adapt to the dark environment, and can be used as a drug to improve eyesight for operators in dark places. Ginseng also has a therapeutic effect on abnormal skeletal muscle excitability caused by poliomyelitis in children.