Get Free Sample 
You are here: Home » Learn » NEWS » The effect of rhizoma imperatae

The effect of rhizoma imperatae

Diuretic effect of the root of rhizoma imperatae

The diuretic effect of decoction and water immersion agent on normal rabbits was most obvious 5-10 days after administration, but 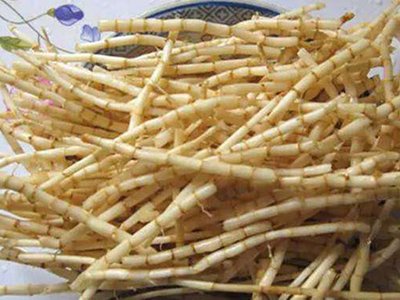 not obvious about 20 days after administration. However, the dosage used, especially the amount of animal intake, is not clear, and there is no control group, so further study is needed. It is also believed that the diuretic effect of white thatch root is related to its rich potassium salt.

It has better effect and can shorten the course of disease. According to the observation of dozens of cases, urine usually increased significantly within 1 ~ 5 days after taking medicine, up to about 1500 ~ 3000 ml per day. Edema gradually disappeared, hypertension and urine test changes gradually improved and tended to normal. According to the statistics of some cases, the average time for edema to disappear is about 4 ~ 5 days or about 1 week. Blood pressure returned to normal within 5 ~ 20 days, with an average of 7 ~ 9 days. The mean time to disappearance of urine test changes ranged from 11 days to 26.4 days. For chronic nephritis also has diuretic detumescence and certain antihypertensive effect. However, it has no diuretic and detumescent effect on ascites caused by liver disease and edema caused by heart failure. Therefore, it is speculated that the effect of white thatch root mainly lies in alleviating glomerular vasospasm, thus increasing renal blood flow and renal filtration rate and producing diuretic effect. At the same time, renal ischemia improved, renin production decreased, and blood pressure returned to normal. So it has good effect on acute nephritis, poor effect on chronic nephritis, and almost no effect on edema of liver disease and heart disease. There were no adverse reactions except slight dizziness or nausea. Usage: generally take white straw root (dry) half catty, wash and chop, fry in water, take 2 ~ 3 times a day. Continue to take 1 ~ 2 weeks or to recover. There are also with thistle, thistle, raw or ephedra compound treatment. Take medicine at the same time, pay attention to bed rest, limit the intake of water and salt, keep warm. When necessary, other drugs can be used to control complications and infection.

The intake of 86Rb in mice was increased by those who received the extracts by cavity injection.

After 36 hours of oral administration of 25g/kg decoction, the activity of rabbits was inhibited, the movement was sluggish, and the respiration was accelerated, but it recovered quickly. Intravenous injection of 10-15g/kg resulted in accelerated respiration and inhibited movement. Gradually recovered after 1 hour, the dose increased to 25g/kg, and death occurred 6 hours later.