Sophora flavescens, Chinese medicine name. It is the dried root of Sophora Radix, a leguminous plant, excavated in spring and 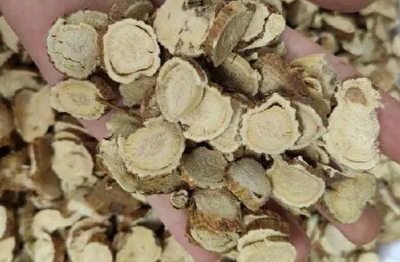 autumn, removed the root head and small branch roots, washed and dried, or sliced and dried while fresh. Its bitter, cold. It has the functions of clearing away heat and dampness, killing insects and diuretic. For hot dysentery, blood in the stool, jaundice, urinary retention, leucorrhea, vaginal itching, eczema, eczema, skin itching, scabies and leprosy, external treatment of trichomonas vaginitis.

As a heat-clearing and damp-damp medicine, Sophora flavescens can also be widely used for a variety of damp-heat syndromes. For example, it can also be used for damp-heat diarrhea. For example, Huanglian, there is a Xianglian Pill for the treatment of damp-heat dysentery. In ancient recipes, if the Coptidis is replaced by Sophora flavescens, it is called Xiangshen Powder, Xiangshen Pills, Wood Fragrance and Sophora flavescens. It is also used to treat damp-heat or heat-toxic dysentery, so Sophora flavescens is used instead of Coptis chinensis. It is also used in hot and humid jaundice. Under the humid tropics, damp heat rash, etc., for example, some hemorrhoids are swollen and painful. However, when Sophora flavescens is taken orally in clinical treatment of damp-heat syndromes, it is less commonly used externally. Decoction or topical medicine is used to treat skin, hemorrhoids, or some symptoms of damp-heat in the vagina of gynecological diseases, such as vaginal itching and vaginal discharge. What is the reason for this? This reason is clearly told in Zhang Shouyi's "Materia Medica Justice". In "Materia Medica Justice", it is said: "Near people do not dare to put it into decoction", "Near people do not dare to put it into decoction", which means that today's people do not dare to generally understand that they do not like it, or they do not like it too much. It acts as a decoction, why? "Gai is not afraid of its bitter taste and difficult to accept", not special is not simple, special special, cover is a tone particle. "Gate is not afraid of its bitter taste and difficult to swallow", not simply because its bitter taste is very strong, it is not easy to take, it is not delicious, and it is difficult to take. "Yi (meaning also) dislikes it's harshness and avoids it", also dislikes it's harshness (li means fierceness, that is, also dislikes it's harshness, that is, fierceness) and avoids it, it means avoiding it, Avoid decoction decoction and use it for external use. These three sentences of Zhang Shouyi are actually very incisive. Sophora flavescens has a very strong therapeutic effect on damp-heat syndromes, and has a strong power of clearing away heat and dampness, and has a relatively good effect on many damp-heat syndromes. But why is it not clinically used as a decoction? That's why.

It is very bitter, and it is very uncomfortable to take. The key is that after taking Sophora flavescens, some nausea and vomiting, and some affect appetite, reduce appetite. There is also a situation where people are very sleepy and want to sleep after taking it generally. Traditional Chinese medicine considers it to be hurt, a symptom of fatigue and fatigue. Now some people adopt this kind of reverse thinking, that is, after taking this Sophora flavescens, they feel fatigued, want to sleep, and fall asleep. Some people who are hot, restless, and suffer from insomnia, give them some Sophora flavescens, that is not to let them Drowsy and falling asleep, it is not just (can) be treated. This is a success, so now there are people who use this Sophora flavescens to treat heart heat, insomnia, and restlessness. The country also has new drugs in this area. This is a reverse thinking. As a side effect, there is such a situation of wanting to sleep. He was very excited and couldn't sleep. After using it, it became a targeted therapeutic effect. This is the aspect of Sophora flavescens that clears heat and dries dampness. Sophora flavescens can also clear heat and detoxify, and is used for heat-toxic sore swelling and pain. Of course, it is also used externally, and of course it can also be taken internally. Can Sophora flavescens clear away heat and purify fire? Can you clear the heat of the viscera? Similarly, and very similar to Huanglian, it is also good at clearing the heart and stomach. Because the treatment of visceral heat syndrome often needs to be taken orally, and also because Sophora flavescens is not often taken orally, it is generally not emphasized. For its (the) regularity, if you add a function of sophora flavescens to clear the internal organs and heat, clear the heart and stomach fire, it is not bad at all. There are many records in the literature, so this is all regular. In addition, the Sophora flavescens insecticidal, mainly refers to the skin, such as some scabies, Trichomonas vaginalis, and even some pinworms, all use Sophora flavescens to wash, external treatment.