(1) The effect of galangal on the digestive system

The decoction can strongly inhibit gastrointestinal propulsive movement, but also promote gastric emptation. The 1:1 mixture of 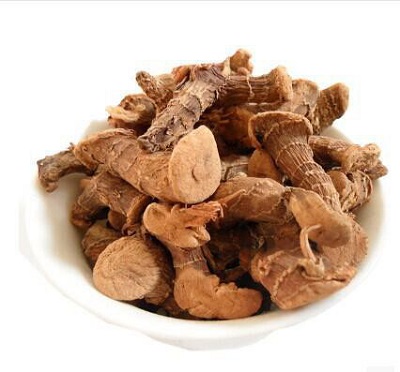 Its water decoction has the effect of stimulating the intestine, can resist atropine, adrenaline caused by intestinal activity, its role is through histamine-like and anti-adrenaline-like action and excited intestine. Galangal also contains substances to inhibit histamine-induced intestinal contraction, which can significantly inhibit the tension and contraction amplitude of rabbit intestine, showing a similar atropine effect.

The water extract can obviously resist the stress ulcer caused by water immersion and prevent the acute injury of gastric mucosa caused by necrotic substances.

The total acid excretion was three times as much as that of the control group within 3 hours after intragastric infusion. At the same time, the animal vomited more and the mucus in the gastric juice increased.

The water extract of castor oil and senna leaf had obvious antagonistic effect on diarrhea.

The water extract had obvious cholagogic effect when given into duodenum.

(2) Effects of galangal on circulatory system

Has a quick analgesic effect on angina. The time of epinephrine induced microvasoconstriction in mice was significantly delayed, and the expansion of vascular diameter was significantly earlier than ligusticum chuanxiong.

Its water extract has anticoagulant effect, can delay the formation of experimental thrombus, and has obvious inhibitory effect on platelet aggregation in rabbits.

Its water extract has a certain protective effect on platelet aggregation and myocardial injury caused by stress state. Galangal can obviously reduce the content of triglyceride in serum and liver.

The water extract inhibited the writhing reaction and prolonged the response to heat pain stimulation in mice. Its anti-inflammatory and analgesic effects may be related to inhibiting the release of prostatic synthesis.

The water extract can prolong the survival time of mice poisoned by KCN, improve the oxygen utilization capacity of mice under hypoxia condition, and slow down the consumption rate.

The ethanol extract had obvious inhibitory effect on S180 in mice. The seven compounds of piperol and eugenol have anticancer effects.

Treatment of indigestion and loss of appetite.