The Minister of Health of Cambodia stated in an interview with local media that it is the combined use of Lianhua Qingwen and the new crown vaccine that has made important contributions to the prevention and control of the epidemic.

This is not the first time Lianhua Qingwen has appeared in the eyes of overseas people. Since the outbreak of the new crown epidemic, relevant research evidence and cases of Lianhua Qingwen's treatment of new crown pneumonia have been frequently published in mainstream media and social networking sites in various countries, and have been highly praised by people from all walks of life in the world.

The Minister of Health of Cambodia Meng Wenxing recently made the above remarks after visiting the New Coronary Pneumonia Ward of Preah Ang Duong Hospital in the capital of Phnom Penh. Meng Wenxing said that Lianhua Qingwen can help mild patients recover quickly from symptoms such as runny nose, cough and fever. "Due to the use of Lianhua Qingwen in the treatment, the condition of patients with new coronary pneumonia improved quickly, which greatly reduced the chance of severe illness."

With the spread of overseas epidemics, even Hua Qingwen has become an important foreign aid material. Together with the Chinese expert team, they will go to the front lines of the epidemic in Italy, Iraq and other countries to help the global war against the epidemic. Chinese embassies and consulates abroad have also issued "health packs" and "Spring Festival packs" to overseas students and overseas Chinese. Lianhua Qingwen has become one of the standard epidemic prevention materials.

In Thailand, Indonesia, Russia, Cambodia and other countries, Lianhua Qingwen also entered the local designated hospitals for new coronary pneumonia to treat mild and ordinary patients. Meng Wenxing said that although the daily number of new coronary pneumonia cases in Cambodia is still high, there are very few severe patients. This is due to the use of Lianhua Qingwen and the advancement of vaccination.

Maria van Kelkhoff, the technical leader of the WHO health emergency project, said at the press conference many times that China’s experience in epidemic prevention and control and fact-based response measures are worth learning from countries around the world.

Highly praised by people from all walks of life

With the continuous improvement of international influence, Lianhua Qingwen's overseas fans are also increasing. People from all walks of life have shared their experience of using Lianhua Qingwen on the media and social networks. Xinhua News Agency published an English and Arabic report titled "Kuwaiti People Praise the Efficacy of Traditional Chinese Medicine in Preventing and Treating New Coronary Pneumonia" in March this year, stating that the traditional Chinese medicine Lianhua Qingwen was praised by local experts and people for its detailed evidence and definite efficacy in Kuwait.

In December 2020, the former Indonesian National Army Commander-in-Chief Joko Suyando said in an interview with the country’s largest-circulation newspaper "The Compass" that he applied drugs including Lianhua Qingwen Capsules and successfully cured them. 13 new coronary pneumonia-positive patients including family members and employees.

The second largest television station in the Philippines-GMA TV News Network reported in August 2020 the experience of Benjamin Abalos, the former Mayor of Mandaluyong City and the current Director of Metro Manila Development Agency, taking Lianhua Qingwen to treat new coronary pneumonia. Abalos told reporters in the news that after the new crown nucleic acid test was positive, he began to develop related symptoms, with fever accompanied by body pain. A friend of Abalos, Philippine Senator Bonbon Marcos sent him Lianhua Qingwen in time, and finally helped him recover and be discharged from the hospital.

"Did you know? The next day after taking the medicine, I sweated a lot, like taking a shower. Then I felt like a superman, my joints no longer hurt, no fever, and all symptoms disappeared. , As if nothing happened." Abaloth said to the camera, with excitement and excitement beyond words. 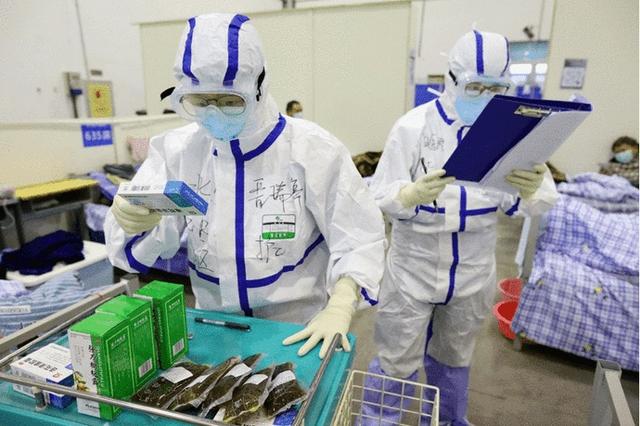 Director of the Malaysian Public Works Department, Datuk Seri Abdul Halim Hussein also uploaded a video on social media in April this year, telling him about his experience of curing the new crown pneumonia by taking Lianhua Qingwen. Hussein said that he was unfortunately infected with new coronary pneumonia at work and started taking Lianhua Qingwen Capsules on the first day after being diagnosed. After taking it for 10 days, his symptoms disappeared; on the 14th day, he went to the hospital for an examination and was confirmed to be cured. "During the period, I didn't take other drugs, only Lianhua Qingwen Capsules. This drug is really effective." Hussein said.